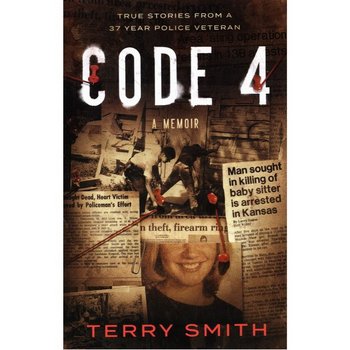 CODE 4 is an insider's view of the police profession, seen through the eyes of one of its veterans. Over a thirty-seven-year span Terry Smith worked as a uniformed officer, a long-haired undercover narcotics agent, an organized crime investigator, a SWAT commander, and a homicide detective. He and the men and women who worked with him looked down their gun barrels at murderers, armed robbers, rapists, burglars, and an assortment of other violent people. He began his career with the Bloomington, Minnesota, Police Department, then moved on to do thirty years with the Minnesota Bureau of Criminal Apprehension (BCA). During his last seventeen working years he ran a squad of homicide investigators for the BCA.