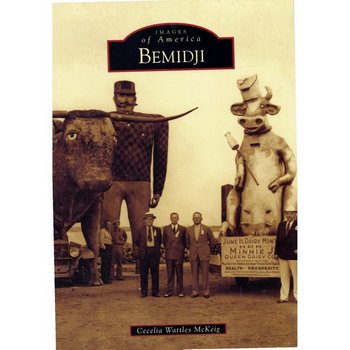 Bemidji links its early history to that of Shay-now-ish-kung, or Chief Bemidji, who lived with his family on the shores of the lovely lake bearing his name. After the Carson brothers opened their trading post in 1888, logging flourished and lumber camps boomed. Bemidji was incorporated in 1896, and the railroad reached the town in 1898. Hotels, businesses, and saloons mushroomed near the railroad tracks. Saloons and a brisk nightlife kept Bemidji in the news until federal agent W.E. "Pussyfoot" Johnson and his deputies closed the saloons and made it a more respectable place to live. Early settlers took advantage of the beautiful shoreline to develop summer hotels and parks. Kodak reported that the spot where the statues of Paul Bunyan and Babe the Blue Ox stand is the second-most-photographed tourist attraction in the United States.