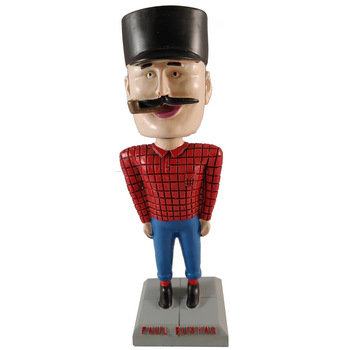 The Legend of Paul Bunyan may have first appeared in Quebec or Northern Ontario. James Stevens traced him to a French Canadian logger named Paul Bunyan, who won a reputation as a fighter in the Papineau Rebellion against England in 1837. His popularity remains undiminished inn the American northwest forests.