A Tale of Two Basketball Towns and Their Coach Jim Musburger 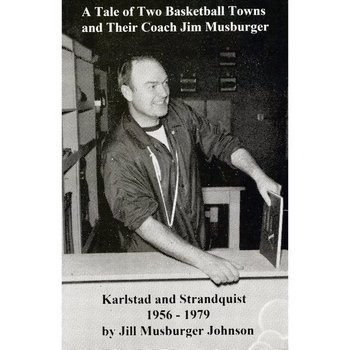 A Tale of Two Basketball Towns and Their Coach Jim Musburger

This is the story of two basketball teams and their coach, Jim Musburger, who coached and taught in Strandquist and Karlstad, two small towns in northwestern Minnesota from 1956 to 1979. They were single-minded in their pursuit of excellence and good sportsmanship, in a way unique to small town basketball and other sports as well. Before computers, cell phones and video games, basketball, often the only winter sport in small towns, provided countless thrills and excitement for players, fans and coaches. Stories of small town sports are endlessly retold around the country, but the stories are fading as small schools dissolve. Strandquist, like many small schools in northwestern Minnesota, closed in 1991 and the Warriors consolidated with Karlstad. As enrollment dropped in Karlstad, the school consolidated their sports programs with Newfolden, and the Rabbits are now the Northern Freeze. The Warriors and the Rabbits are now history but their spirit and pride live on in all the athletes, coaches and fan, who poured their hearts and souls into every game. The stories, told by Coach Jim Musburger, his athletes and fellow coaches, recall the lasting impact of small town sports and how the culture of those towns shaped their lives.